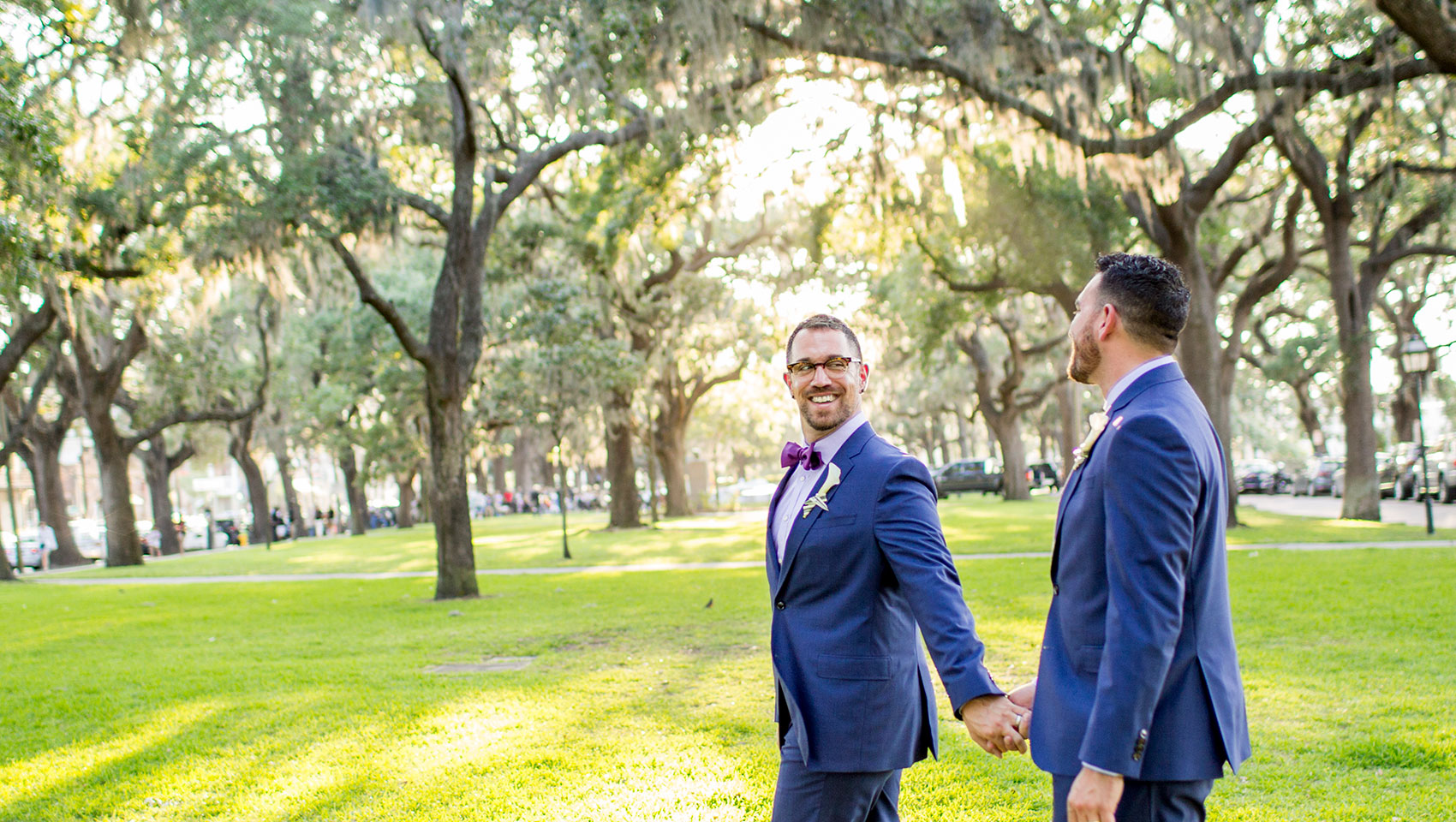 During the weekend of Thanksgiving 2012, Carlos and Daren landed at the same bar. While they stole glances at one another (“some stronger than others”), both were too shy to muster more than a smile and “hello.” Thanks to social media magic, though, they found one another online and developed “the ultimate friendship.” Although Carlos initially played hard to get, they made it official in June 2013. For their wedding they chose Savannah, which holds a special place in their hearts, and—although they hadn’t initially considered a hotel—they listened to close friends rave about their wedding experience at The Brice. Sure enough, they also fell in love with the hotel’s artsy, eclectic design and hospitable staff. The final verdict? “We wouldn’t have changed a thing! 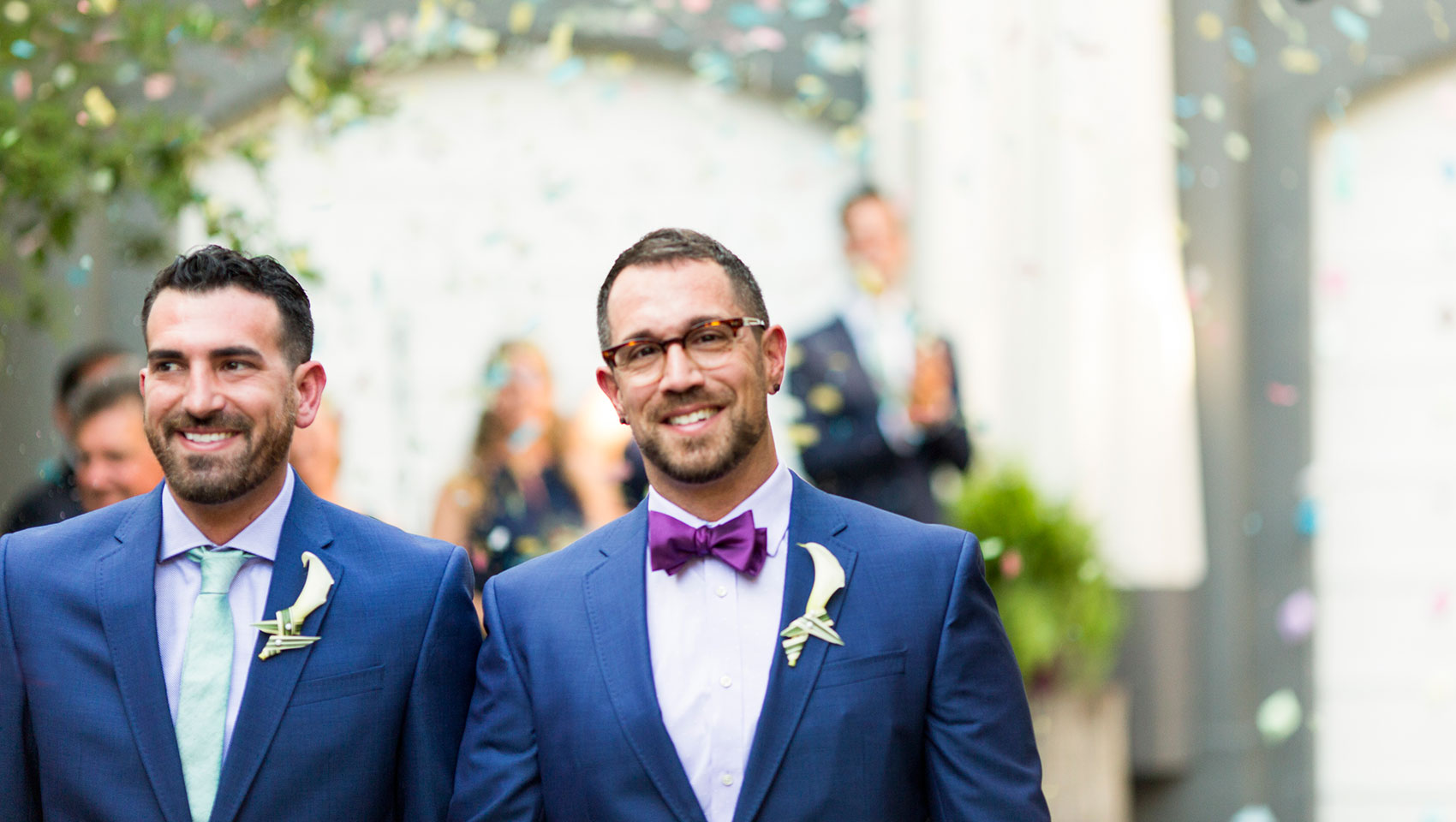 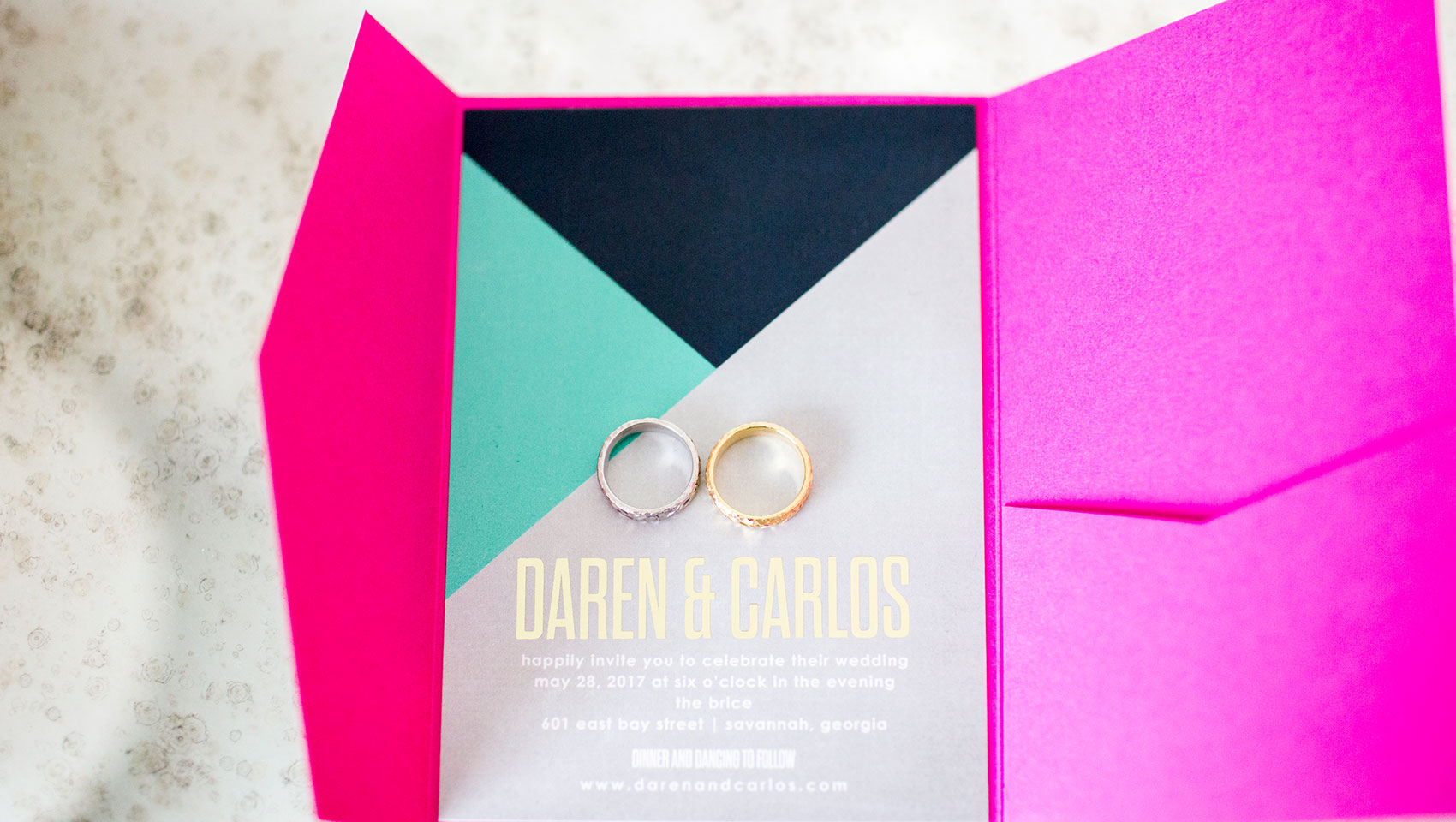 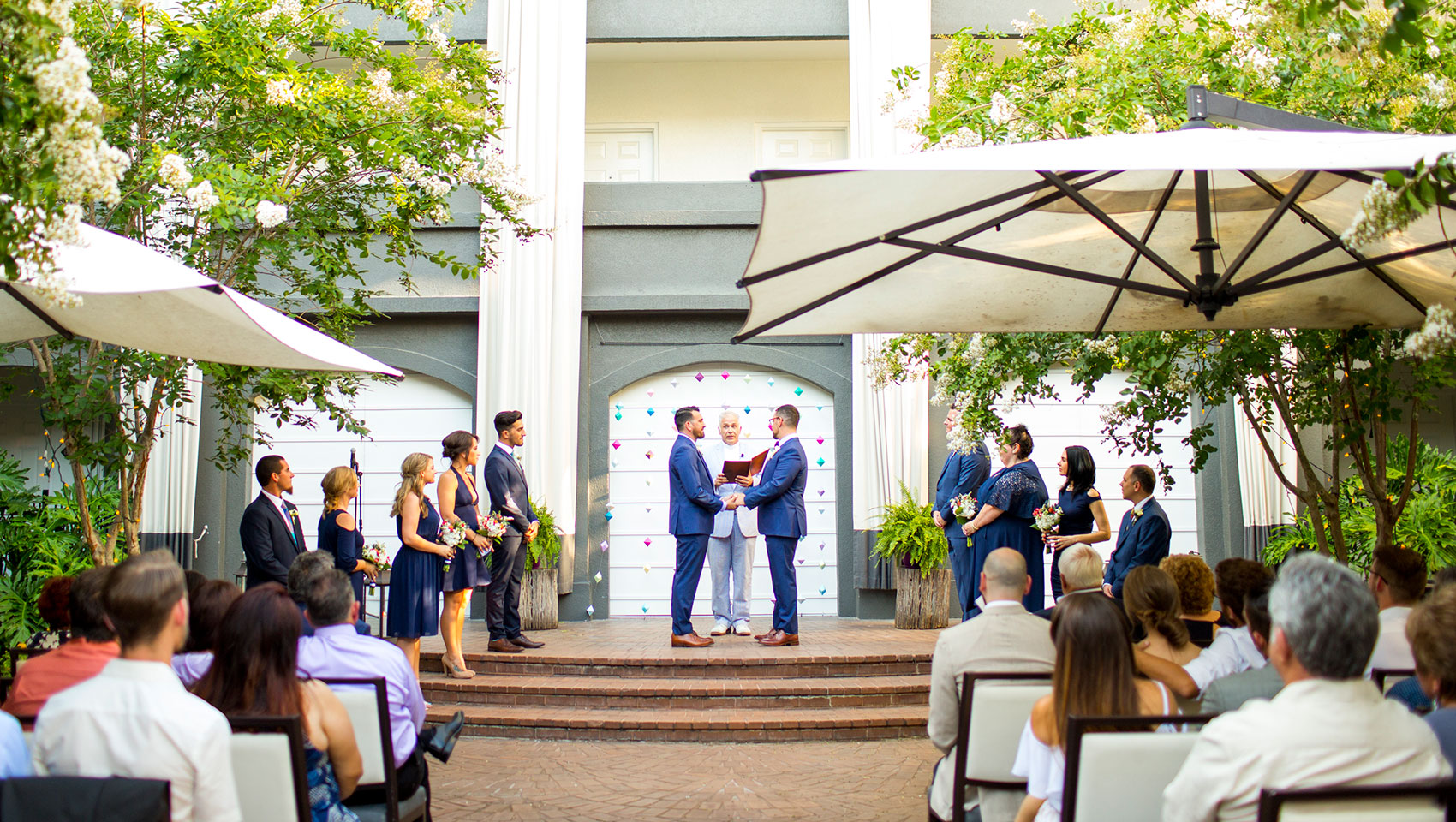 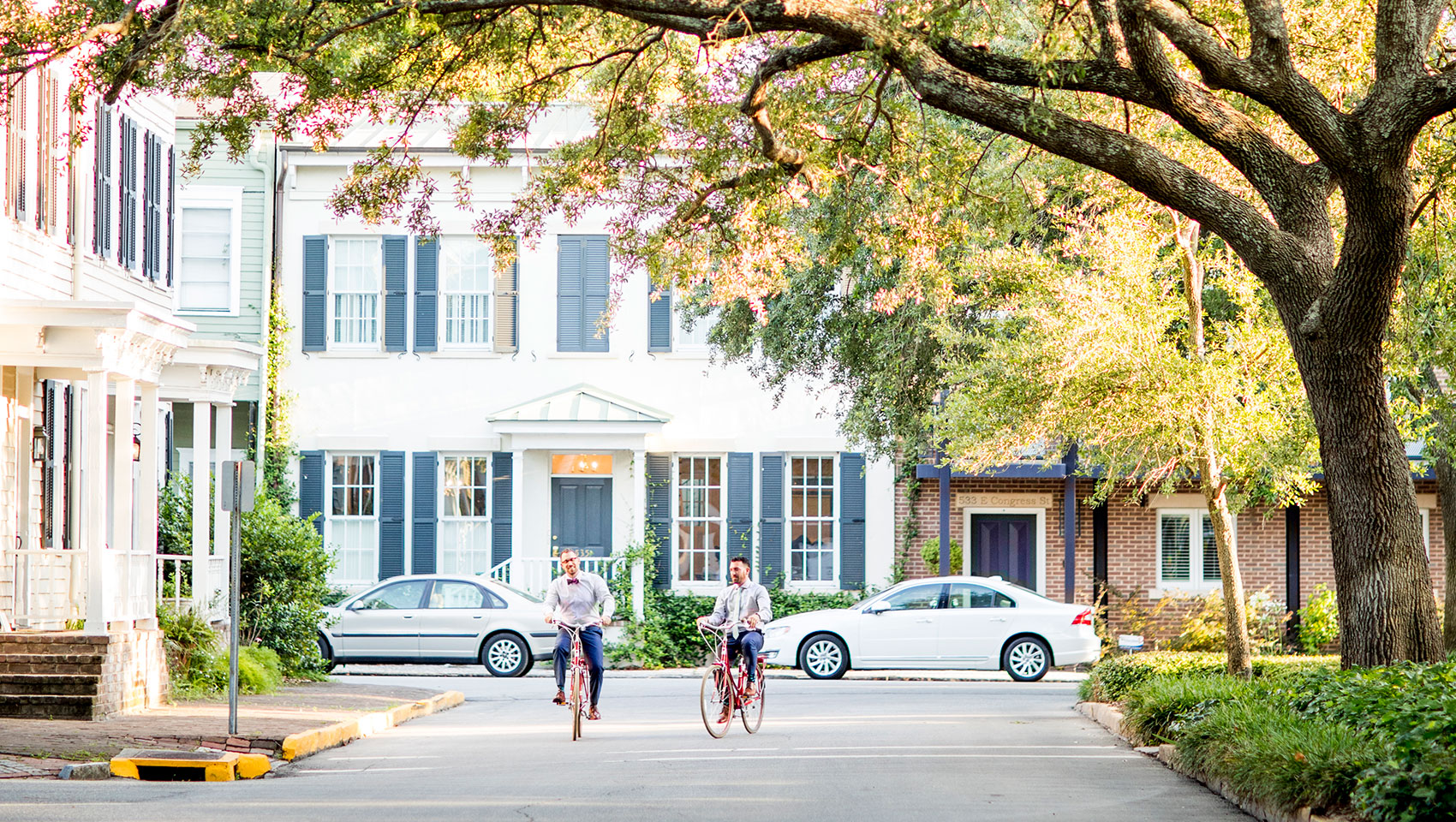 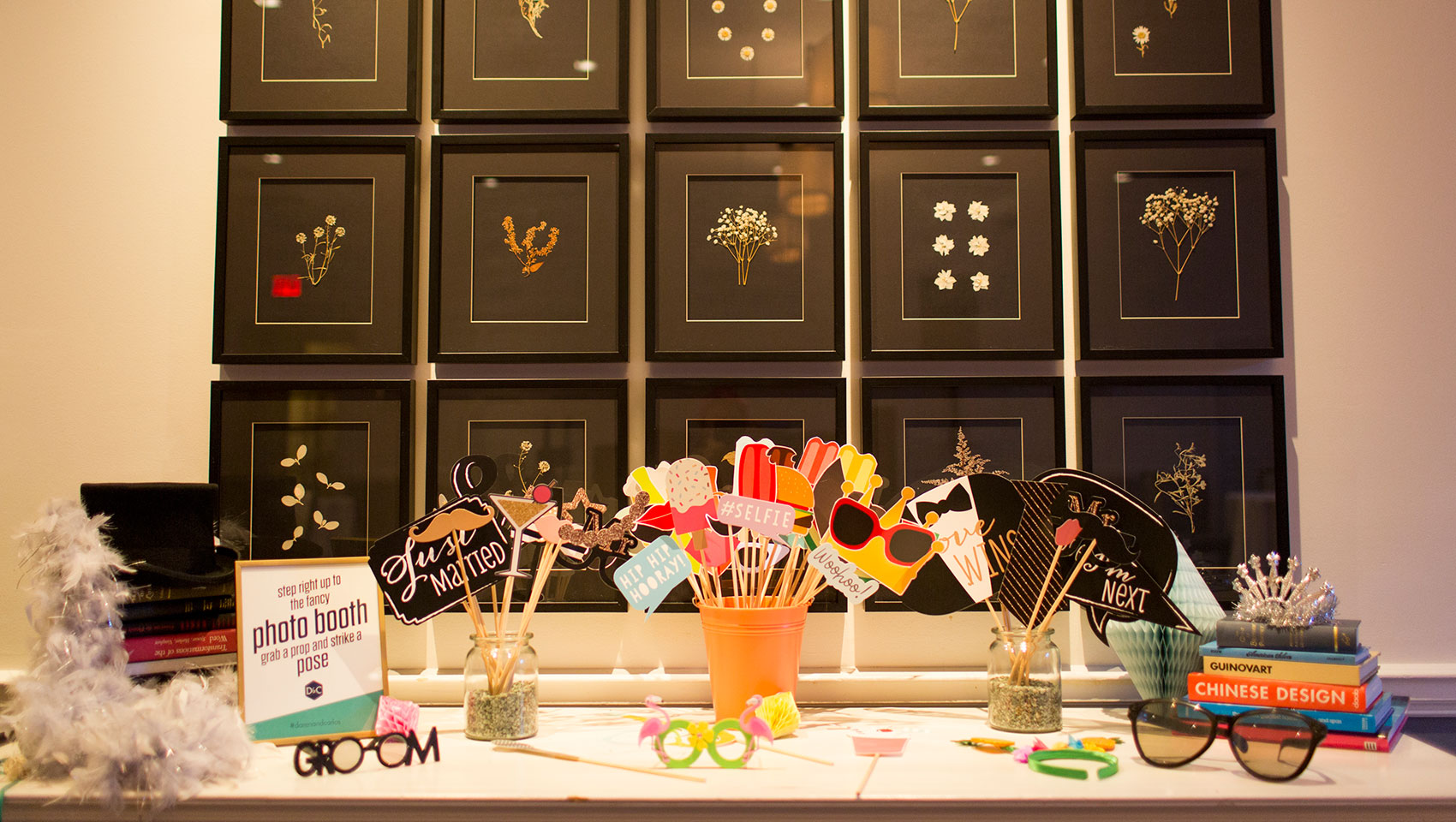 The wedding featured a “relaxed summer vibe,” complementary colors pulled from pastel and jewel-toned families, plus geometric décor elements. The ceremony took place in the Secret Garden, which easily accommodated the couple’s 60 guests. Daren was escorted down the aisle by his mother Patricia; Carlos was accompanied by his mother Xiomara and grandmother Beva. Both grooms wrote their own vows. After the ceremony, Daren and Carlos walked down the aisle to Be My Baby by the Ronettes, as both grooms’ fathers fired off confetti cannons in celebration. 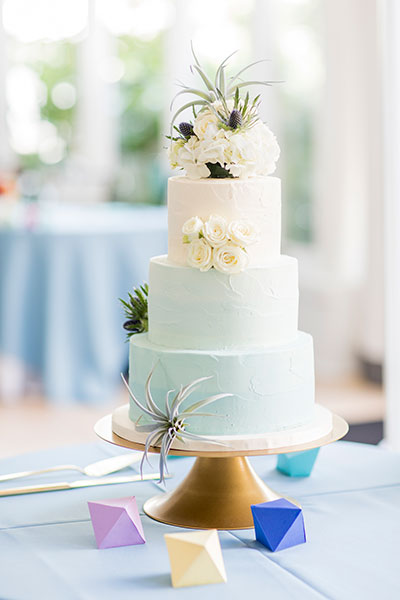 “Everyone we worked with was supportive, excited for us and wanted us to have the best experience possible.” 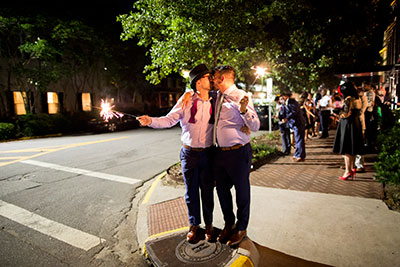 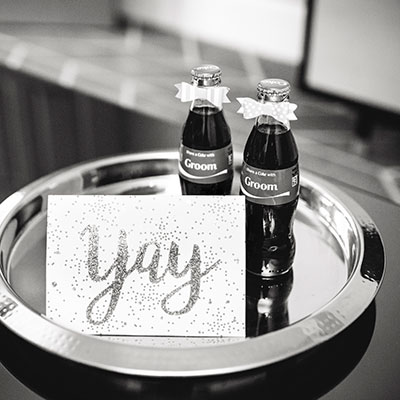 Daren + Carlos loved how Brittany included personal touches that made “the whole experience memory making, like matching Groom Coke Bottles and yummy cupcakes when we arrived!”

The duo wanted a fresh, casual, yet sophisticated reception boasting subtle, mid-century undertones. Set in the function rooms that open onto the Secret Garden, the reception allowed all the guests to easily view the grooms and a “beautiful, simply elegant” wedding cake by Lulus. The dinner stations featured delicious dishes from both grooms’ cultural backgrounds. 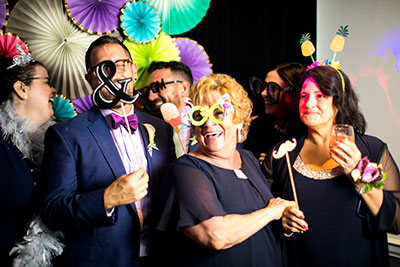 After dinner, they opened the dance floor and a popular DIY photo booth. After a night of dancing hosted by Jeff from First City Events and ice cream sandwiches from Leopold’s, the newlyweds said goodnight with a sparkler extravaganza in front of the Brice, complete with Daren donning a top hat.